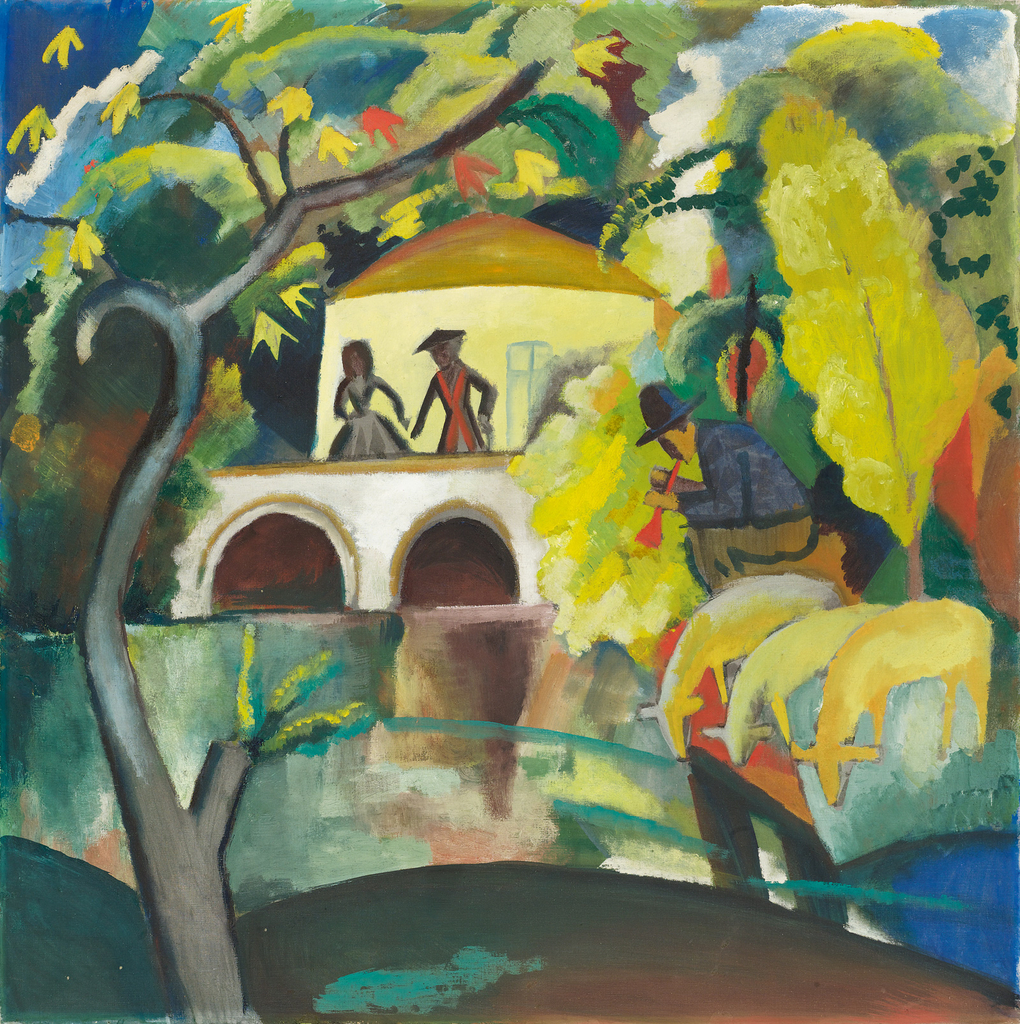 August Macke was born in 1887. He attended the art academy of Düsseldorf and the Corinth School for Painting. During his years as a student he travels to Holland, Belgium, Great Britain and Italy. For a while he lived in Paris where he was moved by the Impressionists, especially their use of color. After Paris he settled down in Tegernsee, close to Münich. There he meets and befriends other painters, with whom he, later on, collaborates in the artist group Der Blaue Reiter (“The Blue Rider”).  This group was formed by Wassily Kandinsky and also included Franz Marc, fellow Russian immigrant Alexej von Jawlensky and Gabriele Münter. Within German Expressionism August Macke has perhaps the most kinship with Ernst Ludwig Kirchner, both thematically and his use of color. Ernst Ludwig Kirchner did not belong to Die Blaue Reiter; he was a member of  Die Brücke . August Macke did not survive the First World War; he died on the battlefield at the age of 27. 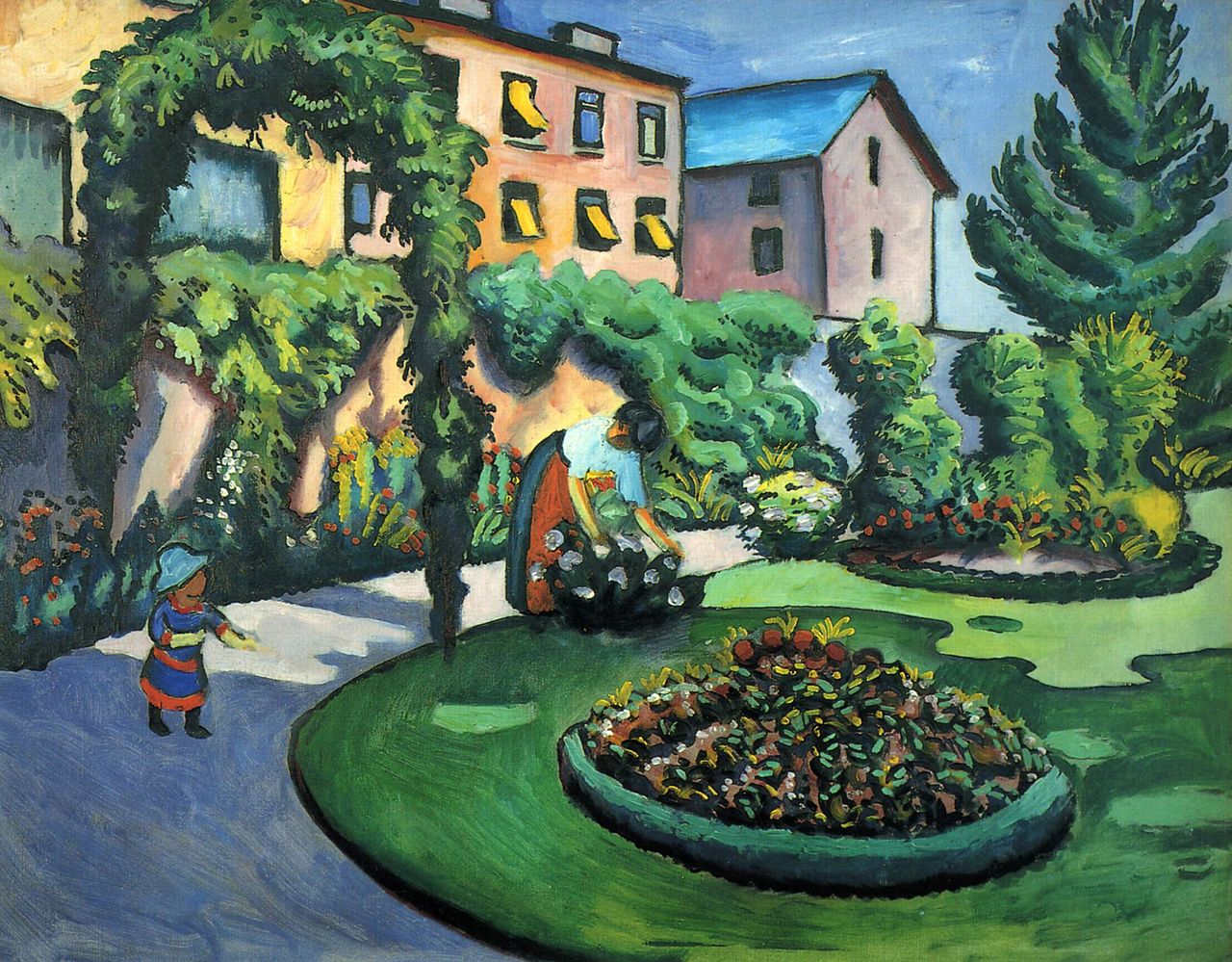 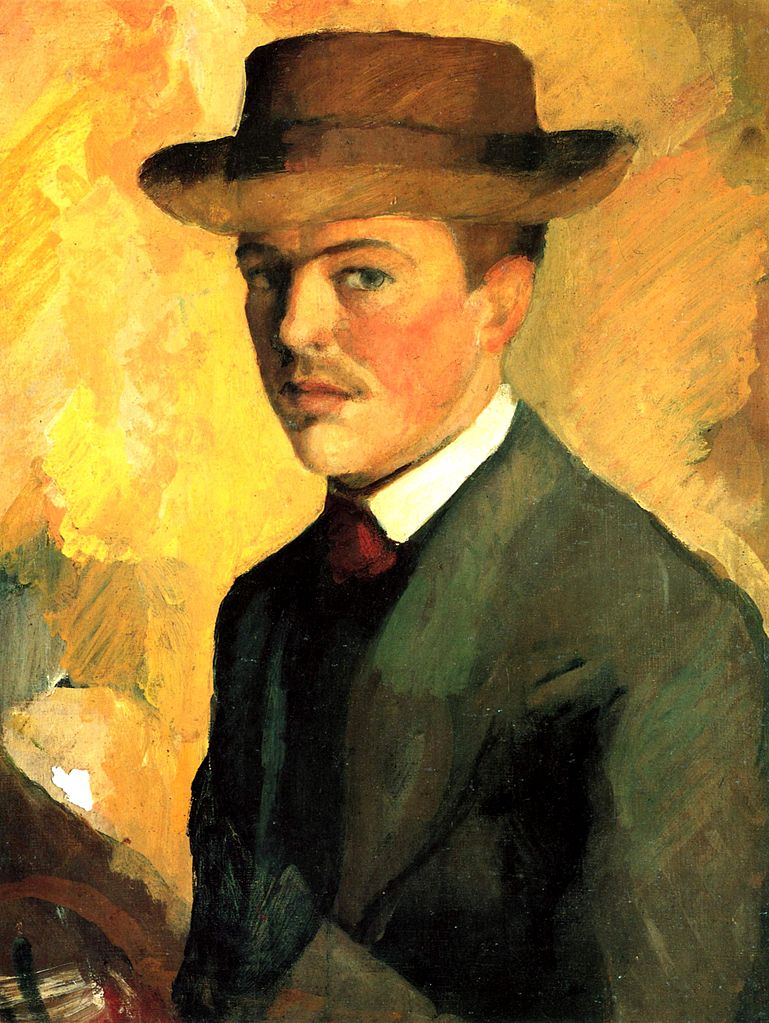 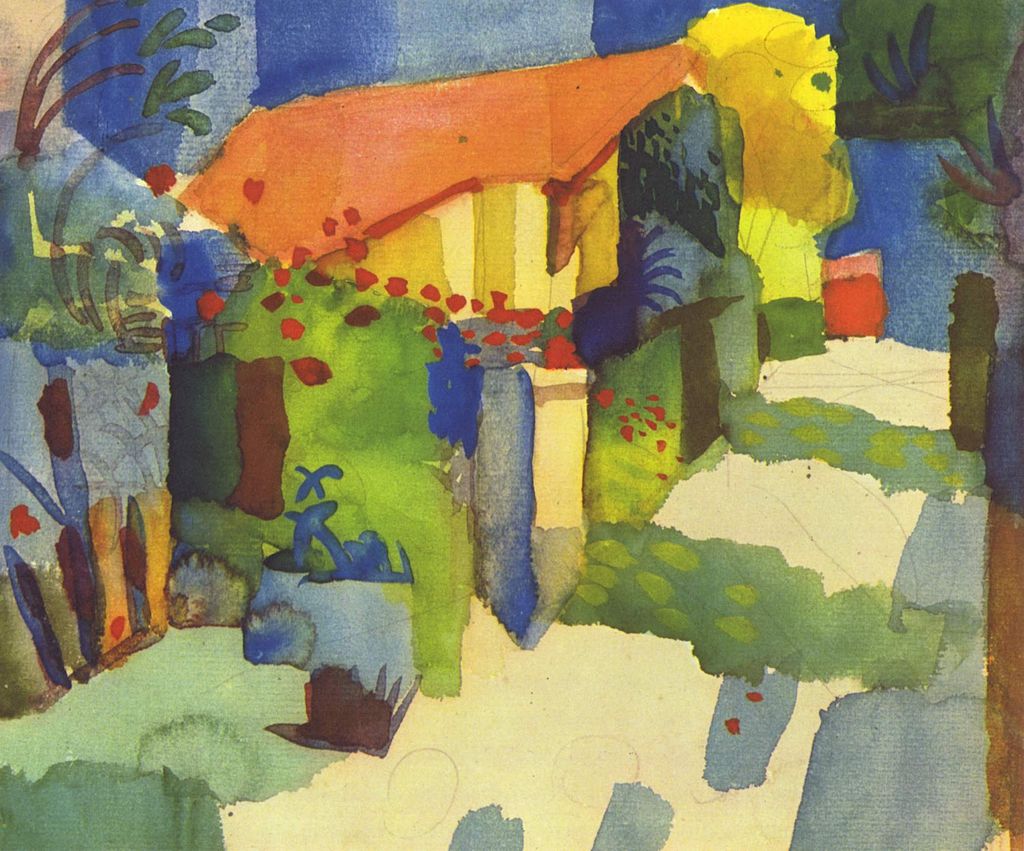 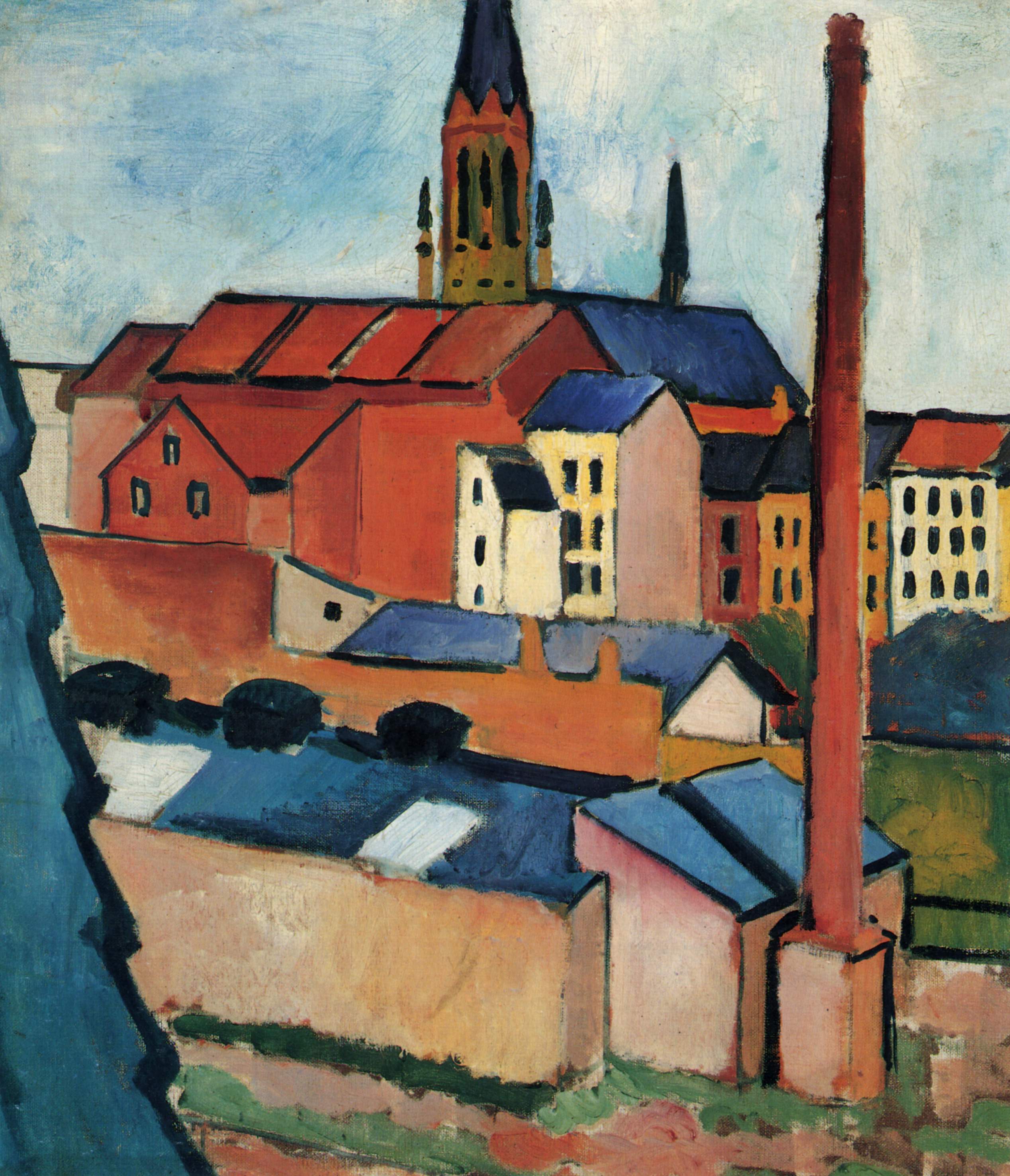